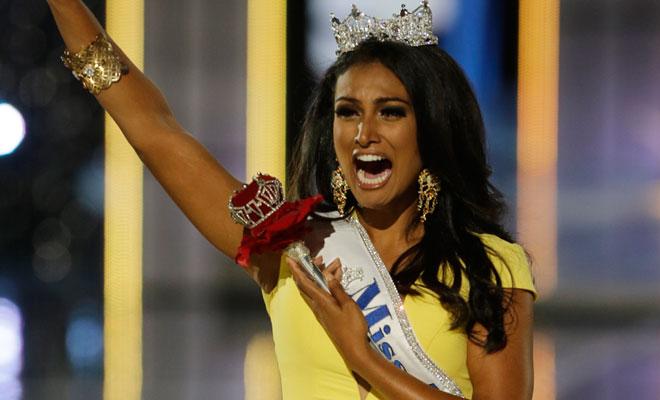 Last Monday was a pretty great day for me. I didn’t have a lot of homework so woo! I also did pretty well during my tennis match so that’s always a plus. All in all, it was a pretty good day.

Until I was greeted by a pleasant surprise when I got home and logged onto Tumblr; I was expecting to see some really pretty pictures. Instead, my dash was filled with pictures of people freaking out about Miss America. Now, I’m not much of a fan of beauty pageants for a variety of reasons, but all this attention naturally sparked my curiosity and I needed to investigate why Miss America, unexpectedly, generated all this white noise.

Daniel Bruhl (b. 1978) may be a fresh face to you, but has been acting since childhood.  He grew up in Barcelona, and is the son of a German father (director Hanno Bruhl) and a Spanish mother.  His low-key approach/demeanor and ambiguous (perhaps Everyman?) face made me wonder: “Where is this guy from?”

You may know Bruhl from Ladies in Lavender (where he co-starred with Judy Dench and Maggie Smith- WOW!!!), The Bourne Ultimatum and Inglorious Basterds (the Tarantino revenge film where Bruhl has a small, yet pivotal, role).  His character goes head-to-head with Michael Fassbender!  He speaks Catalan, Spanish, German, and English- all fluently (an asset for any actor).  At a film fest, I saw Bruhl in 7 Days in Havana, where he plays a suave/shady music promoter.

Last night, I went to a free pre-screening of The Fifth Estate (out October 18) starring British actor, Benedict Cumberbatch (Atonement, Sherlock, Star Trek: Into Darkness, etc.), and Bruhl.  Though it’s tough to create a compelling movie involving laptops, servers, and mussed-up hackers, I felt that BOTH actors created conflicted, multi-dimensional men (who are also real people).  The story is seen through Bruhl’s character’s eyes (cashing in on his relatable appeal, no doubt).

Aside from The Fifth Estate, Bruhl has a co-starring role (alongside Australian Chris Hemsworth) in director Ron Howard’s historical/action film- Rush.  If only EVERY MAN looked this adorable…

Here is an interview w/ Bruhl re: Rush.

Last night during the final round of NBC’s “America’s Got Talent,” my brother Fernando Varela made me cry.

His emotions after FORTE’s spectacular rendition of “Caruso” were real and loving, and my tears for him were tears of joy and relief. You see, I know that Fernando has busted his tail for over 16 years and now he,  Josh Page, and Sean Pannikar are on the cusp of having their lives change forever.

Don’t give up, don’t ever give up.

That is my brother. Soaking in the moment, but still taking the time to remind us that this is all about dedication and (surprise, surprise) hard work.

Yesterday my brother’s Twitter was extremely active. So was FORTE’s. They got a lot of love from all over the world, but this is the one tweet that said it all for me:

@fernandovarela So touched by what you shared. As a…