This is the kind of indie comedy that you definitely don’t see every week (at the local multiplex), b/c that would be TOO delightful!  (FYI: I saw it 2 mos. back at Landmark E St. Cinemas.)  This story is NOT cloying or sugary, like SO MANY films centered on children, thanks to it’s tongue-in-cheek directorial style by Taika Waititi.  The director (who also has a cameo as a minister) is an up-and- comer from New Zealand (with a white mother and a Maori father).  His next project will be one of the Thor films (ugh, I guess that means success).

This is Ricky’s LAST chance, as his “nemesis” Paula (Rachel House) from Child Services warns him, supported by bumbling cop, Andy (Oscar Kighty).  These two characters provide GREAT laughs later in the films- just wait for it!

After a tragic turn of events, Ricky runs away to the forest, and Hec goes after him.  It turns out that Ricky, a self-proclaimed overweight book lover, has a natural affinity for the outdoors.  He wants to learn more and more, much to the shock and surprise of the hermit-like Hec (who refuses to be called “Uncle”).

Do you realize that practically most of the trouble in the world comes from people lying to people? Just take Hitler, for instance.  -Dingle on morals

This funny and VERY well-written romantic/screwball comedy, directed by George Stevens (A Place in the Sun, Giant) is a MUST-SEE for any fan of classic film!  I saw it for the first time (on TCM) last week, then wondered why I’d never heard of it before.

Damn the torpedoes – full steam ahead!  –Dingle on seizing the moment 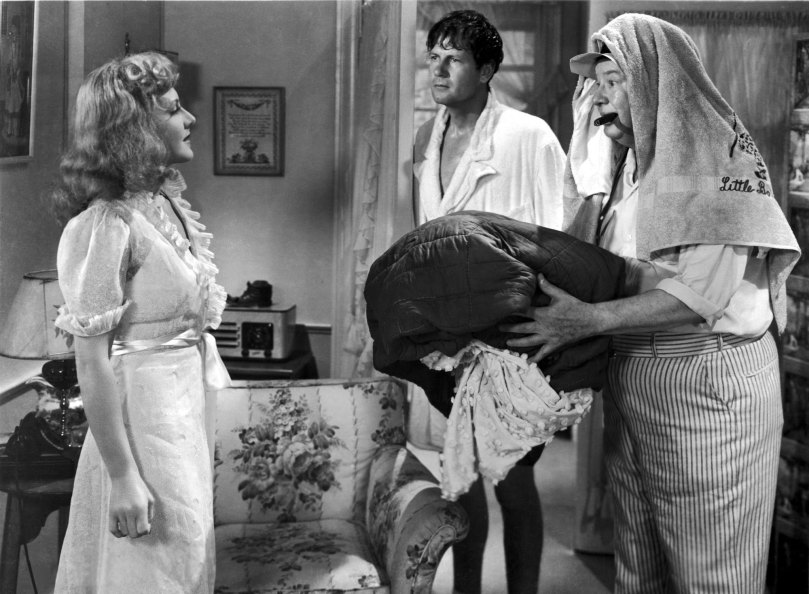 There are two kinds of people – those who don’t do what they want to do, so they write down in a diary about what they haven’t done, and those who are too busy to write about it because they’re out doing it! -Dingle on life