Thorin: [singing] Far over the misty mountains cold / To dungeons deep and caverns old
Dwarves: [singing] The pines were roaring on the height / The winds were moaning in the night / The fire was red, it flame spread / The trees like torches blazed with light… 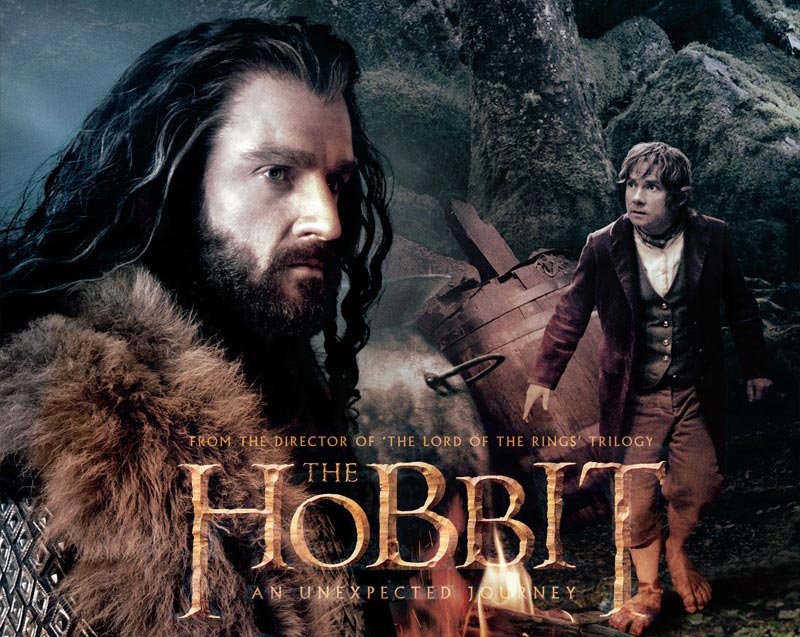 Well, I can honestly say this was the most anticipated film for me in 2012.  I saw it with my mom and little brother on New Year’s day (in Fishers, IN).  We saw the 2D, since none of us are fans of 3D.  Mom and I were most excited to see one of our favorite (British) actors, Richard Armitage, on the big screen for the first time.  The eyes and the voice are the same!

Thorin: Loyalty, honor, a willing heart, I can ask no more than that. 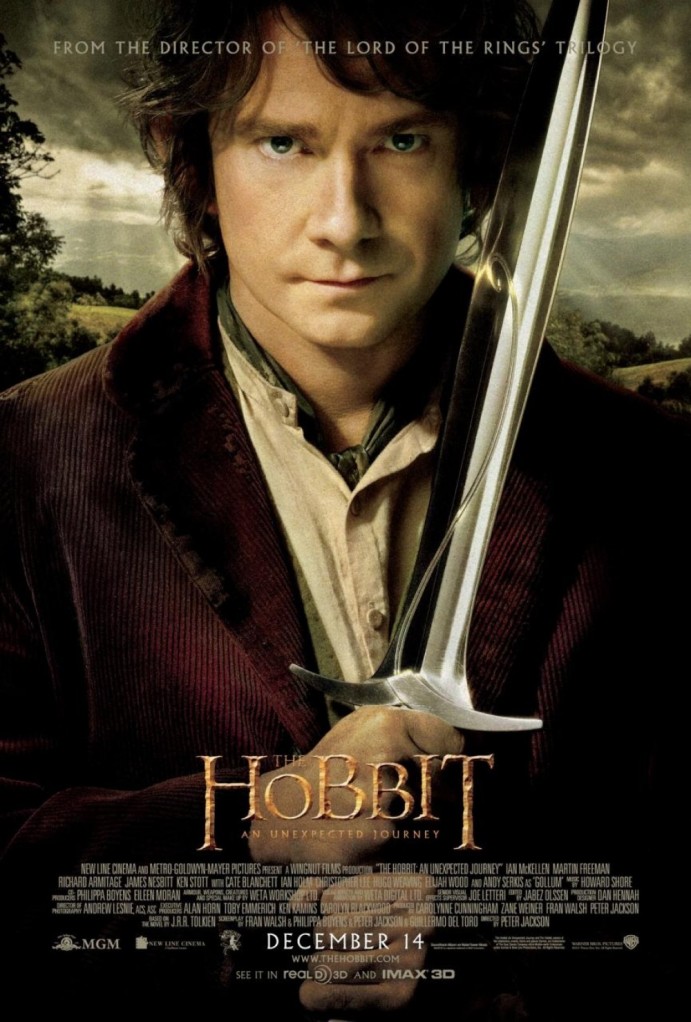 Bilbo Baggins: I have… I have never used a sword in my life.
Gandalf: And I hope you never have to. But if you do, remember this: true courage is about knowing not when to take a life, but when to spare one.

We had seen Martin Freeman in the Sherlock series (BBC) and earlier in Love Actually, and thought he was a very fine actor as well.  (That Brit rom com is one of my little sister’s favorites.) 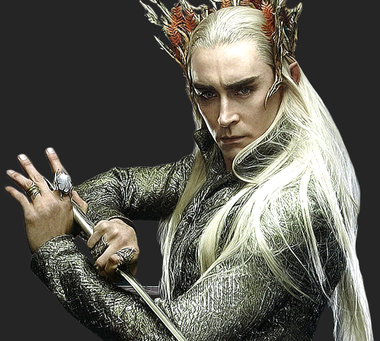 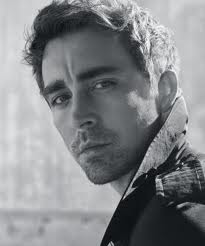 Lee Pace plays Thranduil, Legolas’ father, in two brief (yet crucial) moments in the film.  Unlike most of the cast, he’s an American. 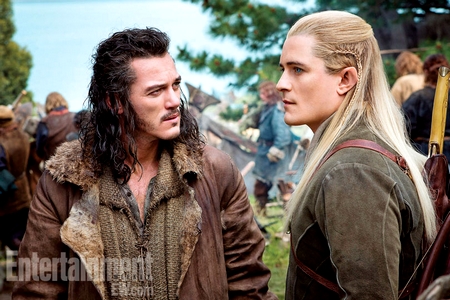 Legolas (Orlando Bloom) will appear in the later films (so no worries, teen gals)!  There will also be a new (human) character, played by Luke Evans. 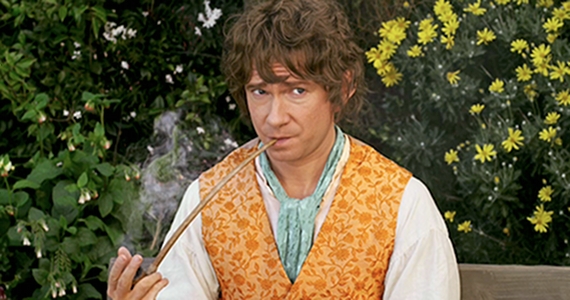 FYI: Martin’s co-star in Sherlock, Benedict Cumberbatch, will provide voices for two characters in the later movies.  I thought he’d be good as an elf.  Elijah Wood is back, as are Cate Blanchett, Hugo Weaving, Christopher Lee, Andy Serkis (Gollum; second unit director), and the much beloved Gandalf, Ian McKellan. 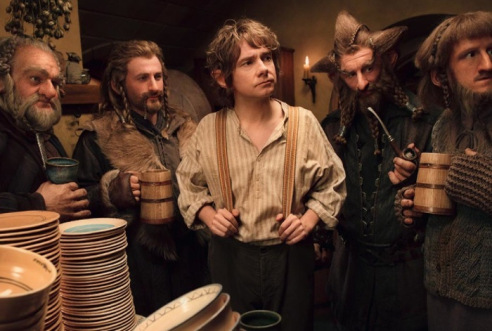 In the introduction to the story, we see old Bilbo Baggins (Ian Holm) and his young nephew/heir Frodo (Wood), in their cozy home in Hobbiton.  (For this prequel to The Lord of the Rings, Elijah’s 30 year old face was de-aged using computer technology.)  Bilbo is planning his birthday party and also putting the finishing touches on his memoirs.  He thinks back (60 years), and we transition from Holm to Freeman smoking a pipe outside Bag End.  The wizard dressed all in gray, Gandalf, comes to his door and mentions an adventure.  “No!  We don’t want any adventures here!” Bilbo exclaims.

Gandalf: Home is now behind you. The world is ahead.

In time, the reluctant hobbit meets 13 dwarves (some young/inexperienced, some battle-hardened), who are on a quest “to claim their long forgotten gold” and their homeland, which was taken over by the dragon Smaug.  The group are lead by a displaced king, Thorin Oakenshield (Armitage).

These dwarves are nothing like Snow White’s friends- they love to drink (like hobbits), fight (get better with age), have a lot of pride, and are secretive in nature.  We learn why dwarves distrust the elves.  In this film, they uncover some elvish weapons, which they quickly adapt to using.  Bilbo finds a little sword, too. 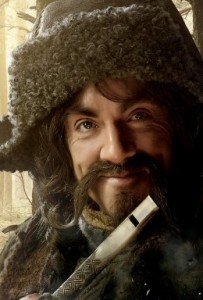 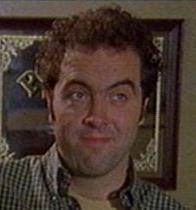 Fans of the Irish TV series Ballykissangel may recognize one dwarf, Bofur (James Nesbitt).  From 1996-1998, the Belfast-based actor played Leo, the big city journalist.  Bofur likes to have fun! 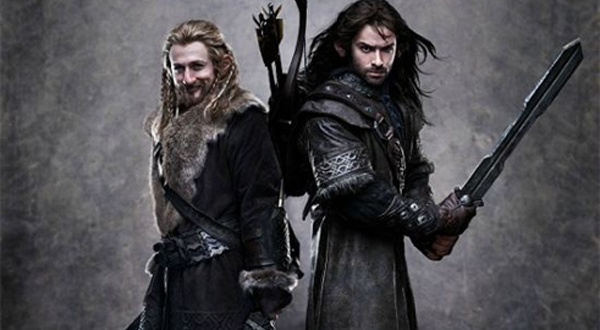 Fili (Dean O’Gorman) and Kili (Aidan Turner) have been termed the “hot dwarves,” which Turner said makes him “cringe a little.”  LOL!  Since they are young dwarves, they are eager to see some fighting and contribute as much as they can. 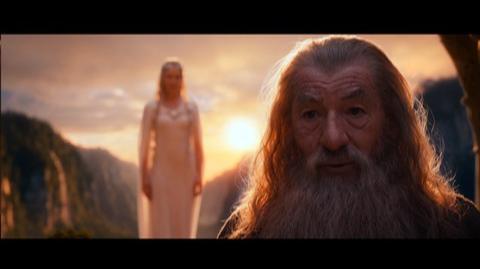 Galadriel: Why the Hafling?
Gandalf: Saruman believes it is only great power that can hold evil in check, but that is not what I have found. I found it is the small everyday deeds of ordinary folk that keep the darkness at bay… small acts of kindness and love. Why Bilbo Baggins? That’s because I am afraid and it gives me courage. 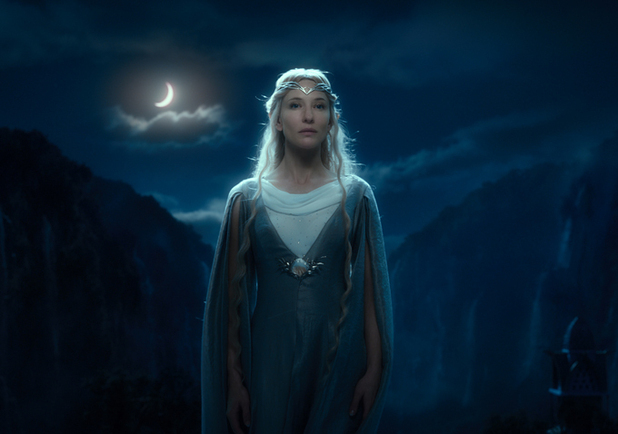 Cate’s part is not big, but she looks more beautiful than ever as Galadriel (The Lady of Light)!  She has a different sort of crown and a cool dress (with a long train, of course). 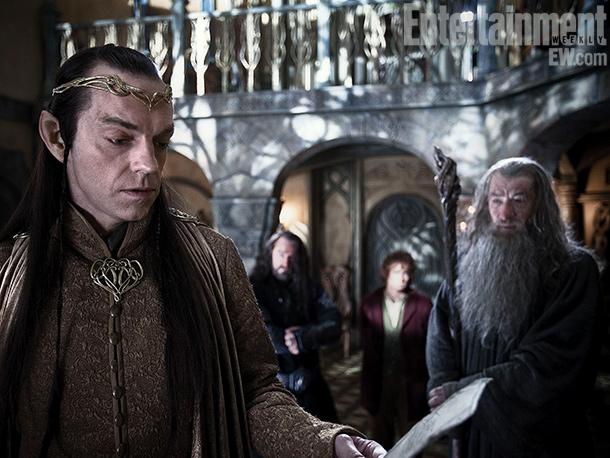 The company go to Rivendell, where Elrond (Hugo Weaving) helps the company by reading ancient dwarvish on a very important map. 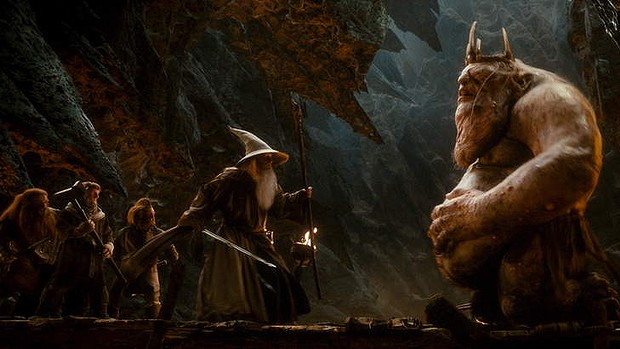 Orcs and trolls are different in The Hobbit than in the trilogy.  They are more developed; they also look different. 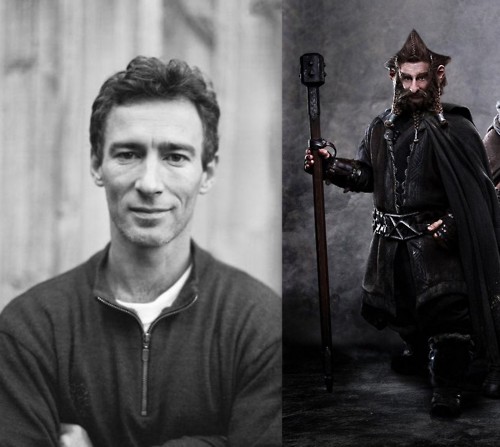 One of the toughest orcs is now a dwarf- Jed Brophy (a New Zealand actor and skilled stuntman) plays Nori.  Even his eyebrows are braided! 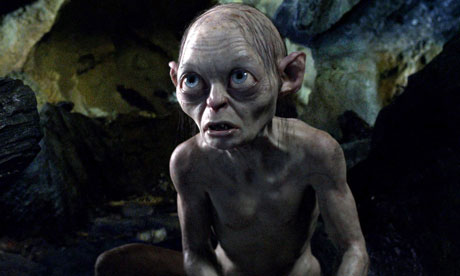 Bilbo Baggins: Why don’t we have a game of riddles and if I win, you show me the way out of here?
Gollum: And if he loses? What then? Well if he loses precious then we eats it! If Baggins loses we eats it whole!
Bilbo Baggins: Fair enough.

We find out how Bilbo got the ring.  He and Gollum have a battle of riddles in a cave.  Well, don’t want to give too much info…

The music (composed again by Howard Shore) is even better than in the trilogy.  The Misty Mountains song is sung by Richard and the company of dwarves- very cool!  The (New Zealand) scenery, along with the special effects, are stunning.   The acting is quite fine, especially from McKellan, Armitage (creating a natural leader/heroic), and Freeman (who makes the perfect hobbit).