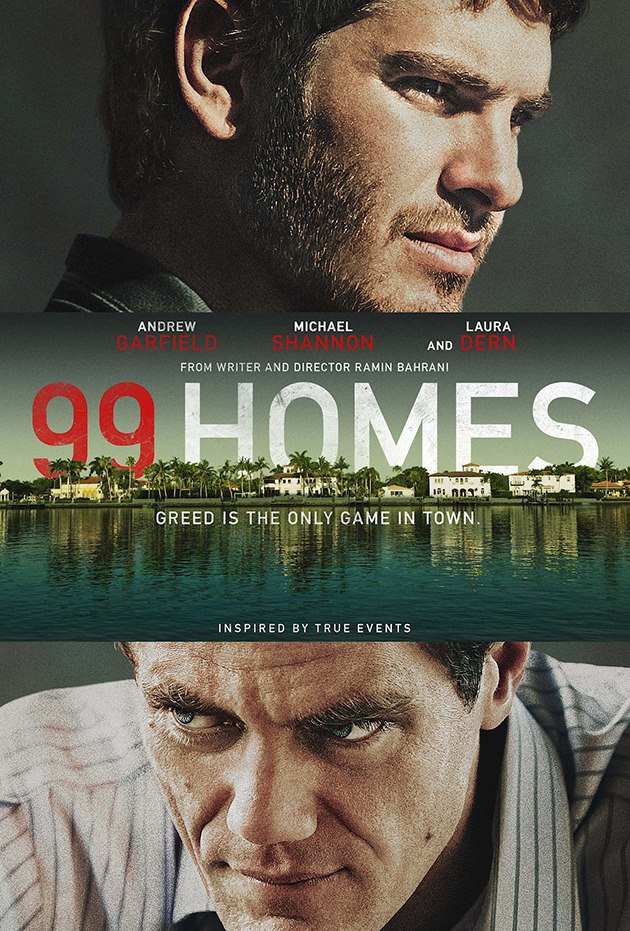 99 Homes shouldn’t be described as the typical tour-de-force, but more of a tour-de-fact cinematic achievement.

Holding his own against a larger than life acting force that is Shannon, Garfield’s Nash allows himself to feed off Carver’s greed and sinisterly convincing monologues with scenes of heart-wrench, grit and sensitivity.

-Comments from a viewer from Canada (IMDB)

I saw this film at a pre-screening (w/ my movie Meetup group); I wasn’t expecting it to be this good!  Michael Shannon (who portrays a quite realistic villain) is a shoe-in for the Best Supporting Actor Oscar.  (FYI:  Broadgreen acquired the film late in OCT ’14, then tried to squeeze in a release before the end of that year to qualify for the Oscars.  They decided they didn’t have enough time to mount a proper marketing campaign, so it sat on the shelf until OCT ’15.) 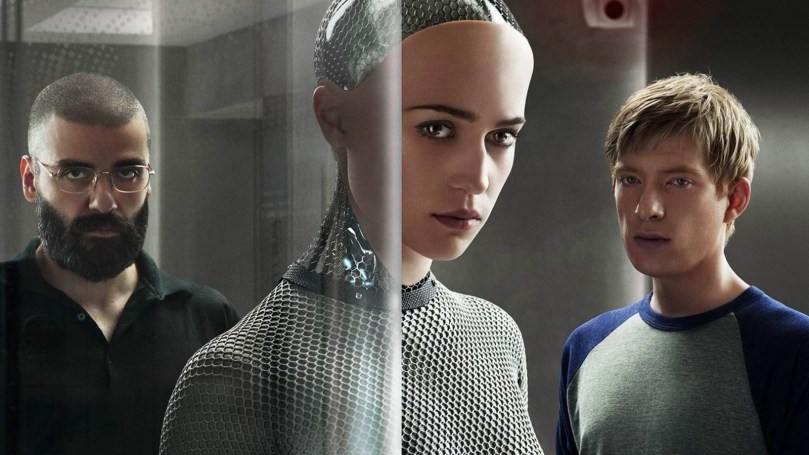 …if the test is passed, you are dead center of the greatest scientific event in the history of man.  -Nathan

Quiet dialogue scenes between two characters are filmed in such an impactful way, making them feel hauntingly austere, sweet and innocent, or terrible and frightening, through meticulous use of composition, light and sound.

The performances are excellent, most notably Alicia Vikander as the beguiling Ava, who absolutely passes for being ‘almost human.’  Domhnall Gleeson also delivers a quiet and focused performance as Caleb. Like Ava, he is relatable… in complete contrast to the boorish, reckless Nathan (Oscar Isaac).

The dialogue feels real and non-cliché. The ending probably will not satisfy everyone…  Overall I found it to be enthralling and disturbing stuff.

-Comments from a viewer in Ireland

This year, I’ve been listening to a few different movie podcasts; ALL of them reviewed and praised this sci-fi film.  I FINALLY saw it 2 weeks ago and was VERY surprised (which is rare these days- stories becoming more and MORE repetitive, cliched, and just plain boring).  Alex Garland, the writer and director, is going to be one to watch in the future (no pun intended).  This is more like a 3-person play, as one critic noted, NOT a typical sci-fi film.  Even the music is out-of-the box!  You can watch it on Netflix; don’t forget to recommend to your friends who don’t usually go in for sci-fi (they’ll thank you later).

Do y’all remember when I FIRST wrote re: Issac? 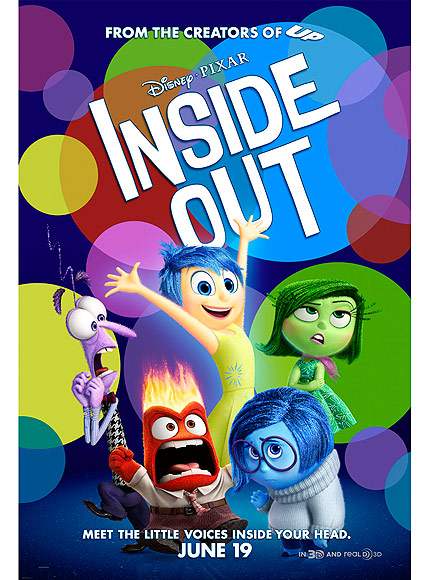 When I was asked to do this, the script was amazing. I went up to Pixar and I cried. I was just in a meeting with these guys and they showed me the story and I started weeping.  -Mindy Kaling

This is another film I saw at a pre-screening (w/ my movie Meetup group): I went in knowing almost nothing about it, aside from the fact that Kaling, Amy Poehler, and Louis Black were playing some of the voices.  It ALSO turned out to be a pleasant surprise (Bing Bong was one of my faves)!  The crowd was moved throughout the animated film; we were almost ALL grown-ups from 20s-50s.  You can see this film w/ the entire family- each person will get something different out of it! 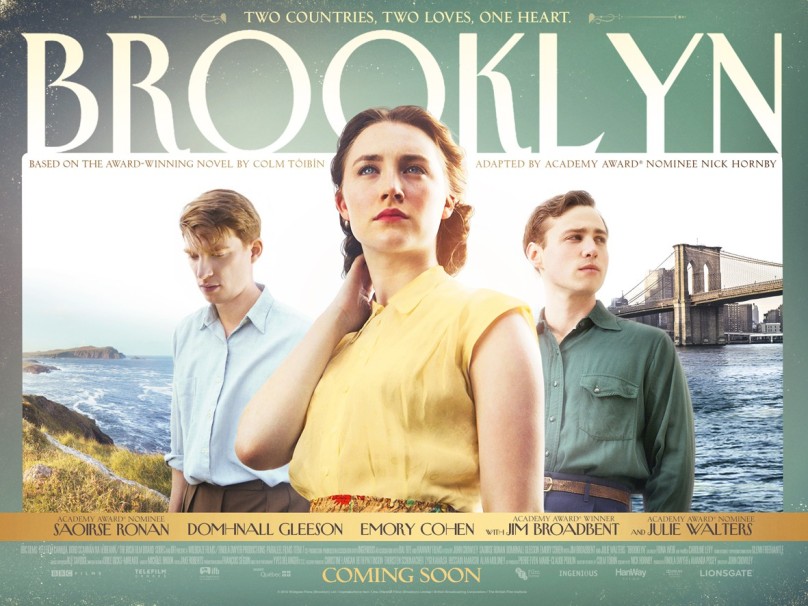 I went to see this film w/ my mom- we BOTH loved it!  And can you believe that Saoirse Ronan is ONLY in her early 20s!?  Emory Cohen (who I’d never seen before) does a FINE job as Tony; I think he was channeling a young, BUT more low-key version of Brando.  This is another film w/ Domhnall Gleeson- here, he plays Jim, the handsome (check out that darker red hair and preppy wardrobe), well-settled Irish bar owner; this is a far cry from his roles in Ex Machina and the new Star Wars film.

Listen to Me Marlon 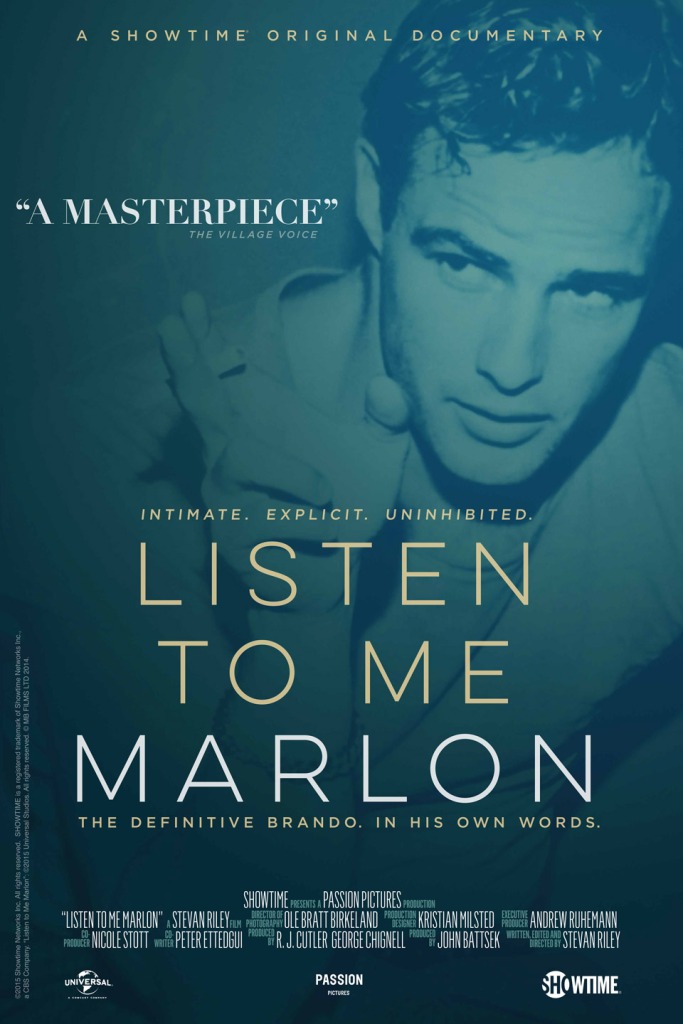 A MUST-SEE for fans of classic films!  It has been playing on Showtime for the past 2 wks or so; it will be on WED, 12/30 at 10PM EST.  It kept me glued to my seat past midnight, even though I should’ve been sleeping. 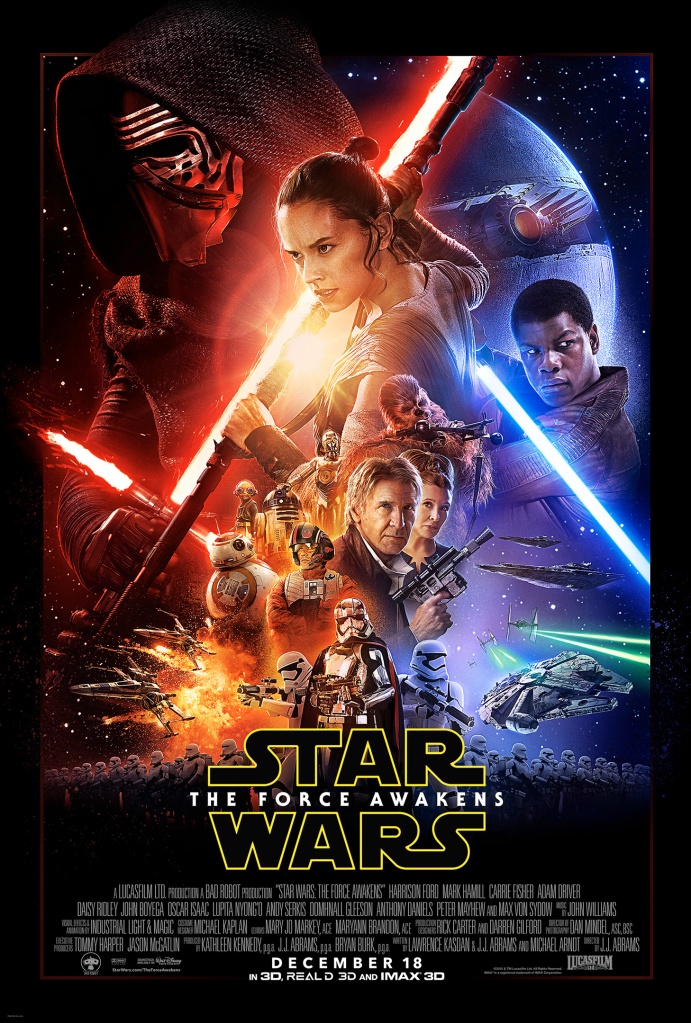 By now, you ALL must have seen this movie- maybe some saw it twice!  There were quite a FEW surprises for me, even though I’d (partly) been spoiled by the time I saw it last week.  Gleeson is here again (getting to REALLY like him), as are Isaac (LOVE him already) and Adam Driver (mostly known for his recurring role on HBO’s Girls).  Harrison Ford is onscreen for a good amount of time- my mom and lil bro BOTH liked that.  The two newbie leads (Daisy Ridley and John Boyega) did VERY well; they also had GREAT chemistry.  My mom also liked the new robot (BB-8).  Go check it out if you haven’t yet- you’ll have a GREAT time for sure!