NOTES: This is a SPOILER-FREE review.  The original BBC version was shown in three parts (an hour each). The version shown in the US on PBS was edited to two parts (90 minutes each), which is the one I saw. 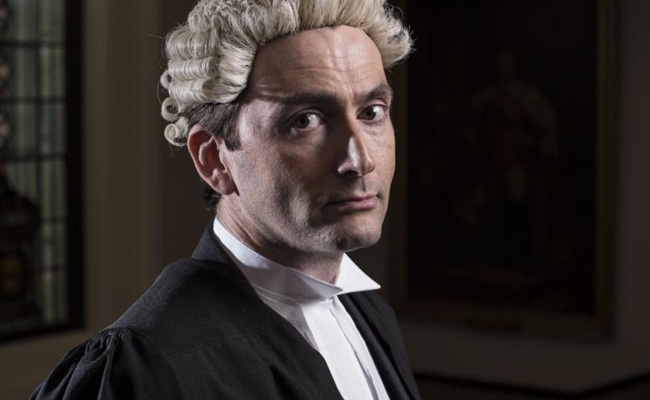 You do not know how you will react to the law, until the law happens to YOU.

The premise is VERY interesting, yet as the tale goes on, it becomes less and less believable.  The tension created and acting are the main reasons to check it out.  You will find parallels to Cape Fear.  Game of Thrones fans will be pleased to see Anton Lesser (Maester Qyburn) and Kate Dickie (Lysa Arryn).

David Tennant (who gets to use his own Scottish accent) is in the lead role of Will Burton, a  successful 38 y.o. barrister (lawyer who can go to trial) and devoted family man (w/ a wife, played by Ashley Jensen, and young son).  Tennant’s face is very expressive, esp. the eyes, and he makes the legal talk sound like second nature.  I esp. liked the interactions w/ the child actor who played his son.  Tennant and Jensen have great chemistry as marrieds, too. 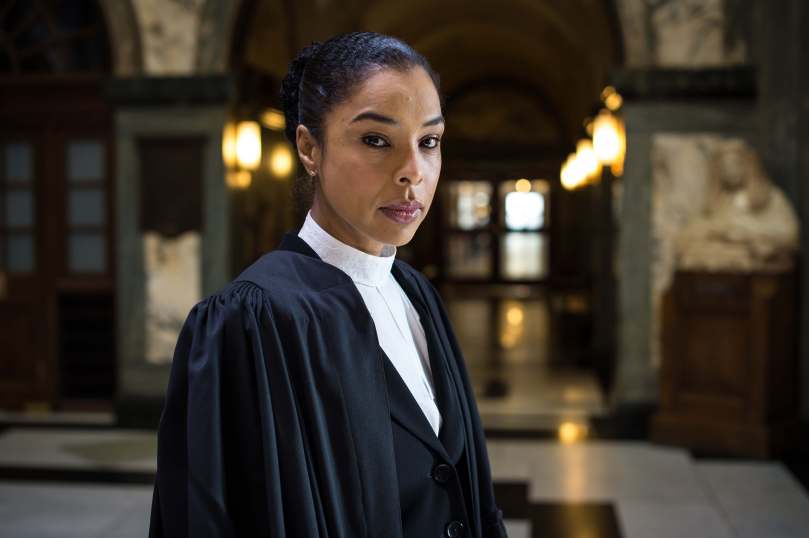 Will has been voted as the #1 junior barrister under 40 in London; he is congratulated by clerks and fellow barristers at the (private) firm where he works.  In the #2 position is Maggie Gardner (Sophie Okonedo), a woman who respects Will but has a long-time professional rivalry with him.  Okonedo is an actress that should REALLY be more known; she has the ability to be whip smart, strong, and also vulnerable (like Tennant).  Maggie is a BIT surprised when Will decides to take on the case of suspected murderer, Liam Foyle (Toby Kebbell- most recently in the Ben-Hur reboot). 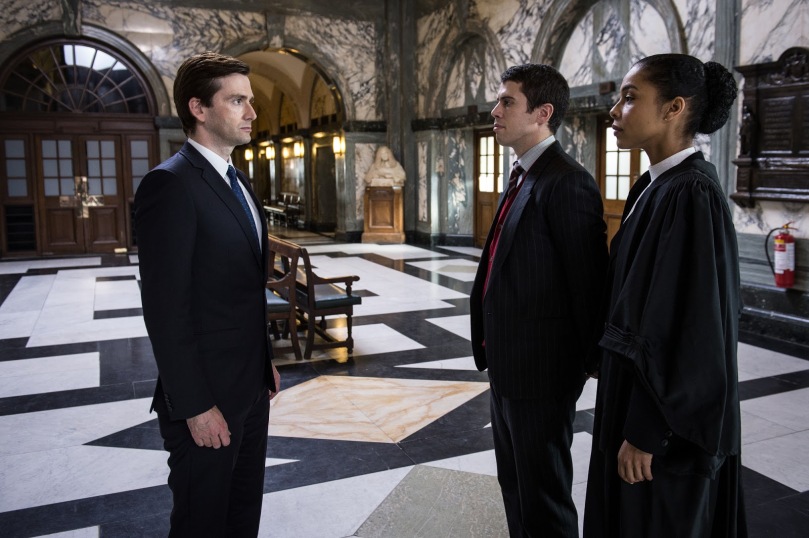 We learn that Foyle asked his solicitor to request Will, who has never lost a case. As he tells his son’s class at career day, Will believes that “everyone deserves a defense.” However, the details of this particular killing turn his stomach and keep him up late at night.  Also, Foyle is NOT the most pleasant defendant (Kebbell makes a creepy villain), which may turn off the jury.  Check out Season 1, Episode 3 of Black Mirror (Netflix)to see Kebbell’s acting range.