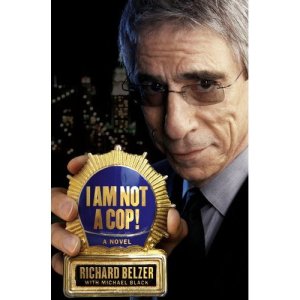 This evening, I went to a book reading/signing at the Barnes & Noble at Lincoln Center (66th St & Broadway) for actor/comedian Richard Belzer’s latest book, a mystery novel that blends real life, fiction, and humor- I Am Not A Cop!  Richard was HILARIOUS!  He’s very quick with his humor, but also very approacheable. 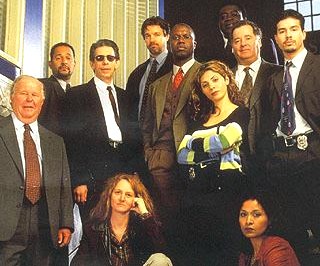 He has played Detective John Munch (on various shows) since 1992.  But the producers initially “wanted a Jason Priestley type” for Munch on Homicide: Life on the Street, a smart, gritty police drame set in Baltimore.  (This comment got BIG laughs from the audience!)

“I hope you’re enjoying this.  I am.  I mean- how many times do you have a famous actor read to you?”

Richard’s glamorous-looking wife (Harlee) and two dogs (Django and Bebe) were also present.  (He is the spokesman this year for the North Shore Animal League.)  The dogs were walking about the room; people thought that was cute.  They were well-behaved (for the most part).  Did you know “the Belz” (as some fans call him) spends his time away from NYC in France?

A young lady asked if he had a stunt double; Richard instantly fell on the stage!  LOL!!!  “Of course I do,” he said, pretending to be injured after getting up.  “But some actors have a need to do their own stunts.  Meloni does a lot of his own stunts.”

When asked about his great chemistry with Jerry Orbach (they worked together on Homicide: Life on the Street and Law & Order crossover shows), Richard said: “He’s one of the people that I never heard anything bad about.  We shared a dressing room whenever we’d do crossover shows.  And did you know he was voted as one of the top 100 performers on Broadway?  Think of that- out of all the thousands of performers who’ve appeared on Broadway.  You know- he was New York.”  Very sweet!

Richard, unlike Det. John Munch, has a much more positive tone to his voice.  He looked very relaxed, even when an older gentleman made an odd/rambling comment.  I liked how he related to the audience, and took the time to chat a bit and pose for photos.

Another SVU fan asked if there are any plans for Munch to have a love interest.  Richard asked one of the show’s directors (sitting in audience); he said “no” firmly.  Richard would like to have a girl, though.  (I thought he and Jennifer Esposito had GREAT chemistry when she was on; too bad her character died!)

A few people commented that they wanted to see more of Munch, because he wasn’t very prominent last season.  (I agreed!)  Richard replied that he was “very flattered” but liked to have freedom to do other projects that were of interest to him, too.

Richard read a few pages from his book; he said he’d been writing for a long time.  His plan is to get 2 more novels published soon; one is already completed.  When asked about his motivation/influence, he said he admires (pulp mystery writers) like Dashiell Hammett.

I took a pic for the young lady ahead of me in line, so she took one for me- YAY!  She looked excited because SVU is her mom’s fave TV show, and she’d be able to give a COOL b-day present.

Now the BEST part… my little chat with Richard:

Me: “It’s really great meeting you.  If you have some pull… could you maybe get Andre Braugher to guest star on SVU?  That’d be great!”

RB: “You know, nothing would make me happier.  He used to beat me in chess.”