In northern Australia prior to World War II, an English aristocrat inherits a cattle station the size of Maryland. When English cattle barons plot to take her land, she reluctantly joins forces with a rough-hewn stock-man to drive 2,000 head of cattle across hundreds of miles of the country’s most unforgiving land, only to still face the bombing of Darwin, Australia, by the Japanese forces that had attacked Pearl Harbor only months earlier.  -IMDB synopsis 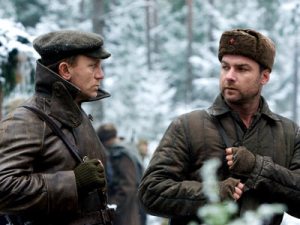 Three Jewish brothers escape from Nazi-occupied Poland into the Belarussian forest, where they join Russian resistance fighters and endeavor to build a village in order to protect themselves and others in danger. -IMDB synopsis

Milk – a drama directed by innovative Gus Van Sant based on the life of politician Harvey Milk (Sean Penn); the multi-layered Penn is joined by Josh Brolin (having a great year!), the gorgeous James Franco, Mexican crossover star Diego Luna, Broadway’s Victor Garber, and many, many others! 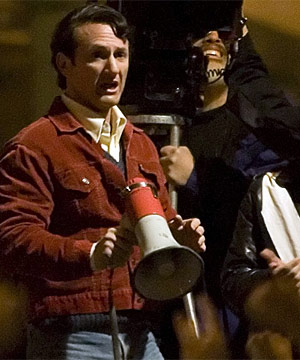 After moving to San Francisco, the middle-aged New Yorker, Harvey Milk, became a Gay Rights activist and city politician. On his third attempt, he was elected to San Francisco’s Board of Supervisors in 1977, making him the first openly gay man to be elected to public office in the USA.  -IMDB synopsis