Happy New Year!  I hope you all had a GREAT holiday season w/ family/friends!  My mom and little brother came from Indy to visit us in DC.  They got to see the house Dad just closed on in Silver Spring, MD.  Hopefully, Mom can find a job and move here in the next few months.  We ate (a LOT), watched movies, and hung out w/ a few relatives and family friends.  One of my dad’s younger cousins and her hubby had a baby girl; they live just 45 mins. away in MD.  It’s good to be in touch w/ family.

One of my aunties (a younger cousin of Mom) and 2 of her kids (18 and 24) came to visit NYC & DC from Sweden.  This aunt has met the king of Sweden, works in finance, and assists immigrant women in getting acculturated in their new county.  VERY cool, right?   Her son and daughter are very sweet, laid-back, and smart (fluent in 3 languages: Swedish, Bengali, and English).

For my b-day, we went to Sam Phai, a Thai restaurant (1019 King St, Old Town Alexandria) with fresh/delicious food.  If you happen to be nearby, check it out!

Thanks for visiting my corner of the web, 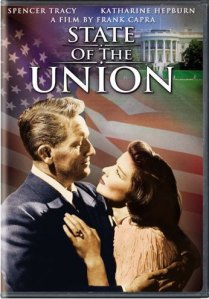 In my opinion, Hepburn+Tracy=Movie Magic!  This film, directed by Frank Capra, is refreshingly modern (with its themes), fast-paced, and funny.  It also stars a very young Angela Lansbury; she plays a tough/single DC powerbroker.  Lansbury’s character, Kay Thorndyke, is in love with Grant Matthews (Spencer Tracy), a self-made Midwestern businessman who she encourages to run for president.  But Matthews already has 2 young kids and is married to a very strong woman, Mary (Katherine Hepburn).  Though the Matthews have a close relationship, their marriage is put under pressure during the campaign.  Mary has to keep an eye on the scheming Kay, a former senator’s daughter who projects her ambitions onto Grant.  Mary also worries that Grant’s plans and high moral principles will get squashed by the new political experts around him.

Mary Matthews: Another thing – he used to hate to hear me swear. Whenever I’d let with something, he’d smack me on my sitter, hard. I’ve done a lot of swearing on this trip.
Jim Conover: And no smacks?
Mary Matthews: It’s a small request, but I’d give anything for a good smack on my south end.

This is another Hepburn/Tracy film; it’s about married lawyers in Manhattan who end up supporting opposite sides.  Adam Bonner (Tracy) is an ADA assigned to the case of a philadering hubby who was shot by his wife.  Adam’s wife, a defense attorney named Amanda, jumps in to defend the accused wife.  Their loving relationship is put to the test during the much-publicized trial.

To be, or not to be, — that is the question
Whether ’tis nobler in the mind to suffer
The slings and arrows of outrageous fortune,
Or to take arms against a sea of troubles,
And by opposing end them? 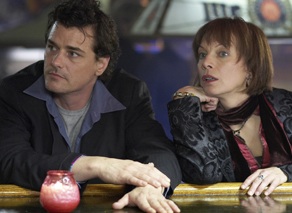 The theater is NOT dead, as this intelligent/quirky Canadian TV series proves.  It stars Paul Gross, the handsome star of  ’90s TV series, Due South, created by Paul Haggis.  (Due South was the first Canadian show to cross-over to the US and achieve primetime success.)  Slings & Arrows, a combo of comedy and drama, puts the spotlight on theater folk- onstage and off.  The ensemble cast includes well-established Canadian stars (Gross/Colm Feore/Geraint Wyn Davies), rising youngsters (Rachel McAdams/Sarah Polley), and comedians (like Mark McKinney of The Kids in the Hall).

Can artists and businesspeople compromise to keep a struggling theater festival alive?  Can relationships (between friends, couples, and co-workers) withstand the pressures of putting on Hamlet, Macbeth, and King Lear?  Watch this terrific show (3 seasons/3 DVDs) to find out.  (You CANNOT see something like this on US TV!)

Chris Young (I’m in LOVE with his wonderful voice!)

No, there will never be another
Red-headed stranger
A Man in Black and Folsom Prison Blues
The Okie from Muskogee
Or Hello Darling
Lord I wonder, who’s gonna fill their shoes

Warm, rich, and pure are some fitting words to describe Chris Young’s voice.  Or you could just stick with GORGEOUS!  His lyrics are touching and simple, but with a modern sensibility.  This young singer (just 24!) is proof that reality TV isn’t ALL bad: he won Nashville Star back in ’06.  Chris has been a working singer/songwriter since his teens.  He lists Keith Whitley and Randy Travis as his main influences.  In the flock of rising country singers, Chris soars above the crowd!

Drinkin’ Me Lonely: This is my fave so far- a sensitive song w/ great lyrics!

Rainy Night in Georgia: A new version of a classic song.

The Man I Want to Be: A simple song re: forgiveness in the true country tradition 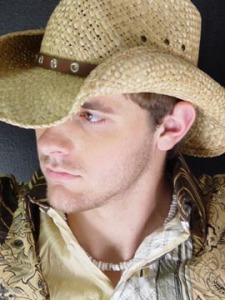