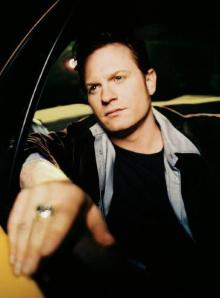 What does it take to “make it big” in show business?  Hard work, determination, creativity, and a little bit of luck.   Writer/producer Alan Ball (Grace Under Fire; American Beauty; Six Feet Under) sometimes browses iTunes for inspiration; he can spend $50-$100 at one pop.  One night, he happened upon Bad Things by singer-songwriter Jace Everett.  This song, which Jace calls “a funny, goofy song,” became the title (theme) song for Ball’s newest HBO show, True Blood.  Jace has many new fans, who otherwise wouldn’t come to country music.  However, Jace has never followed the typical country route.
When you came in the air went out.
And every shadow filled up with doubt.
I don’t know who you think you are,
But before the night is through,
I wanna do bad things with you.

Jace Everett (b. 1972) moved around a lot as a child and didn’t listen to secular music until age 16 (he was deeply involved in church).  He sang in church as a kid, and picked up the guitar as a teenager.  Jace quickly realized that music was something he had to do.  He moved to Nashville to attend Belmont University, but only stuck around for one semester.  “Music school was not going to teach me about the music business,” Jace said in a recent interview on The Leonard Lopate Show (WNYC).

Jace worked several years as a bartender (Nashville) and construction worker (Texas) before getting a deal with Epic Records.  His sound is a mix of rock and country.  I would recommed him to fans Dwight Yoakam and Gary Allan.  The voice is unique (natural, self-assured, w/ a but of a growl) and the guitar playing is terrific!

Little Black Dress is one of my (current) fave songs.  A Little Less Lonely is a sly/fun song about a guy who wants a close friend to become  “a friend w/ benefits.”   Jace also wrote the number one single Your Man (sung by Josh Turner).  In interviews, he comes across as a very humble and straight-talking guy.  Here’s to more GOOD things!

A sardonic look at the music biz w/ Jace: