My father’s family were weavers and spinners. It was where I came from and it was exciting to think I could be a part of it.  The dichotomy between the powerful, almost monstrous, entrepreneur and this kind of vulnerable boy is exciting for me to look at.  – On his North & South character, John Thornton

I try to be quite a detailed actor.  People were really picking up on that.  Even if it was just a flicker of the eye or something, they got it.  – On the tremendous fan response after N&S aired
– He can play the cello, flute, and guitar.
– Richard joined the circus one summer to get his equity card.  Though he started out in musical theater, he changed directions, and attended LAMDA.
– Richard has been chosen for a key role in The Hobbit.  He’ll also appear in the new Captain America movie in Summer 2011. 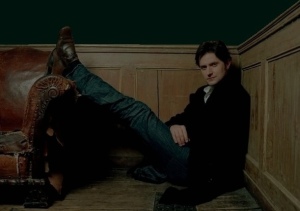 – As you can hear, he has a gorgeous voice!  Richard has done a good deal of voice work: radio plays, novels, poems, and commercials.
– He describes himself as a method actor.
– His parents names are John and Margaret, just like the leads in N&S!
Sean Bean: A (magentic) Yorkshire lad 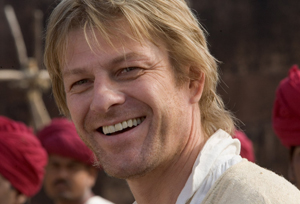 I think there was a time I was linked to it but I suppose I blew it playing 006 [Alex Trevelyan].  They made a good choice in Daniel Craig.  He’s a very good actor.  He was in one of the first Sharpes we ever did and I gave him a bit of a battering. So we can always say Sharpe battered Bond.  – On Casino Royale (2006)

– Though his family lived on a Sheffield council estate (government housing) to be near their relatives/friends, Sean’s dad ran a successful small business.

– He can play the piano (as you’ll see in Clarissa).

– Like many well-known UK actors, Sean is classically trained (from RADA).

– The scar over his eye was given to him by Harrison Ford during a fight scene in Patriot Games.  Ford hit him w/ a boat hook.

– Sean loves football (soccer); he has a tattoo in honor of his team.

– Wolfgang Peterson (his Troy director) commented that Sean’s performance is “a beautiful thing.”
– You can see Sean in Game of Thrones, a HBO miniseries out in April.
Ioan Gruffudd: Proving that immigration is fantastic for Hollywood

Being attractive, it’s not something I do consciously.  It’s incredibly flattering that people think I appeal to women.  But that was a gift from my parents.  My acting, my personality – that’s what it’s about.
I was lucky because I didn’t have to spend hours in freezing water.  There weren’t many people my age on set, so Kate, Leo, and I hung out together.  We would pile into Leo’s dressing room, which was full of PlayStations, mini basketball hoops and the like.  – On his Titanic experience
– His name, which is Welsh, is pronounded “Yo-wahn Griffith.”
– Ioan’s parents were teachers.  His grandparents ran an amateur drama society in Cardiff, Wales.
– He can play the oboe and sing (as you can see in some of his work).

– Delia Fine, an A&E VP, told People that Ioan won the role of Horatio Hornblower b/c of his “decency and good-heartedness.”  He auditioned 3 times.
– Ioan, who moved to LA in 2002, likes the optimism of the US.
James Purefoy: Were ancient Romans anything like this?

The age of chivalry isn’t dead, is it?  It doesn’t even have to be a man or a woman that you could be chivalrous to.  If somebody’s in trouble you give them a hand.
– Purefoy is originally Norman French and means “good faith” or “my word or bond is in good faith.”
– James left school at 16, traveled, and did a few odd jobs.  But he returned to school at 18 to complete his A-Levels (equivalent of college).
– The year before he was going to graduate college, James was noticed by a casting agent from RSC, who asked him to come to Stratford right away.

– He also screentested for the role of Bond.
– James was cast as the lead in V for Vendetta, but left after creative differences w/ the filmmakers.
David Tennant: You’ll actually be glad that this doctor is in!

I was very small, about 3 or 4 I think, and just wanted to be the people on telly telling these wonderful stories.  Obviously the idea grew and matured with me but I can’t ever remember wanting to do anything else.  I’ve just sort of taken it for granted all my life that that was what I would do.
– David (whose real last name is McDonald) wanted to be an actor from age 3.  His dad (a Presbyterian minister) submitted his pics to a talent agent for Scottish TV when he was 16.  David got an audition and a role soonafter!
– His maternal grandparents were Protestants from Derry, Ireland.

– David began studying theater full-time at age 17 at the Royal Scottish Academy of Music and Drama.
– He was nominated for the Olivier Award (London’s equivalent of the Tony) for his performance in the lead role in Hamlet.