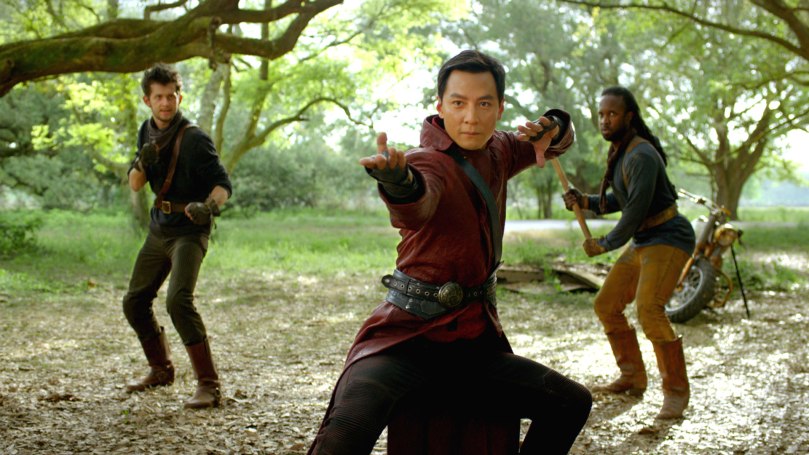 -The Nerds of Color (NOC) blog

Daniel Wu, a cast member and executive producer of the television series “Into the Badlands,” poses for a portrait during the 2015 Television Critics Association Summer Press Tour at the Beverly Hilton on Friday, July 31, 2015, in Beverly Hills, Calif. (Photo by Chris Pizzello/Invision/AP) 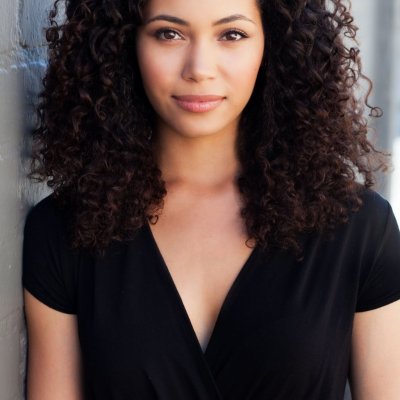 I first “heard” about this show a few days ago from one of the ladies I follow on Twitter (Monique). And it turns out that she’s NOT the only fan out there! MANY black women, as well as Asian- American men, were tweeting about Into the Badlands. After all, it’s quite rare to see a Chinese-American man, Sunny (Daniel Wu) and a black woman, Veil (Madeleine Mantock) in a romantic relationship.

Hmmm… HOW to describe this show to a newbie? It’s (obviously) a martial arts epic, BUT there are elements of the Western (minus the guns), Southern Gothic (it’s shot on location in Louisiana), mythical (based loosely on a Chinese story: Journey To The West), and superhero genres (see M.K. ‘s secret powers) also. In some ways, it’s like our (modern) world, yet there are no guns used (BUT plenty of knives, swords, and other sharp objects). Warning: This is NOT for those of you who are scared of (fake) blood and violence (which almost reaches Game of Thrones levels).

Badlands is that society where society has kind of gone back to feudal times, and one of the main ideas was this “steampunk” aesthetic, to make things futuristic yet seem old at the same time since in this world, digital technology is all gone… – Daniel Wu

If you liked Crouching Tiger, Hidden Dragon (like me), then you should definitely give it a watch!  I esp. like the wire work, which elevates the martial arts to another level (NOT that I’m an expert, of course). I’ve seen some eps of Kung Fu: The Legend Continues and Vanishing Son (which starred Chines/Swedish-American actor Russell Wong). M.K. (Aramis Knight- a teen actor w/ Pakistani and German heritage) is one of the Colts, or Clippers (warriors) in training. The actor didn’t have martial arts training before he got hired on the show, but had played sports and stayed at a low level of body fat. After I read up a BIT re: Knight’s background, I thought: Hell yes, this show has TWO Asian-American leads!

The dialogue on this show (so far- I’ve seen 3 eps) is NOT George Lucas Star Wars prequel-level bad, though it’s far from Shakespearean (as we find in Deadwood). Some of the BEST lines are given to the main villain, Quinn (Marton Csokas from Lord of the Rings), who is BOTH a father-figure and a boss to Sunny (who is The Regent, the head of the Clipper force). Yes, this show is VERY immersive- it’s even got it’s own vocabulary! You can watch Season 1 on Netflix or on YouTube (which includes behind the scenes videos).

One thought on “Into the Badlands (AMC): Introduction”