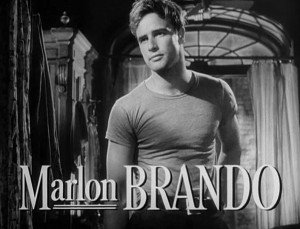 Captivating, troubled, unpredictable, vulnerable- these words could describe Vivien Leigh, Marlon Brando, and the characters they played in this multi-Oscar winning movie. A Streetcar Named Desire was re-mastered and re-released in 1993; I have that 2-disc director’s edition of the film containing 3 minutes of extra/extended scenes and loads of special features.  (I love special features!)

One of Hollywood’s most successful and controversial directors, Elia Kazan, was hand-picked by playwright Tennessee Williams for this film.  Kazan had directed the Broadway play, too; his body of work includes: A Tree Grows in Brooklyn, Gentleman’s Agreement (starring Gregory Peck), East of Eden (starring James Dean; Marlon Brando tested for the part, too), and On the Waterfront (also with Brando).  All the major actors (Brando, Kim Hunter, and Karl Malden) had worked in theater.  Though Jessica Tandy was on Broadway, she wasn’t a big enough star, according to Warner Bros.  So, Vivien Leigh, who’d done the play in London, was brought on-board. 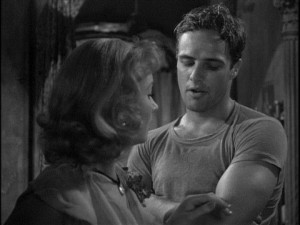 Stanley: Be comfortable. That’s my motto up where I come from. You gonna shack up here? Well, I guess I’m gonna strike you as being the unrefined type, huh?

Well-bred, well-educated Blanche DuBois (Leigh) travels (via train and streetcar, of course) from small-town Mississippi to visit her younger sister Stella (Hunter) in hot, crowded New Orleans.  Blanche, a sensitive woman, almost can’t believe to what depths her sister has sunk.  Stella and her husband make their home in a stuffy, run-down apartment in the French Quarter. Their rowdy neighbors/friends drink too much, gamble, and make noise around the clock.  But most shocking of all- Stella has married Stanley Kowalski (Brando in a star-making role).  Stanley is a crude, volatile, working-class man of Polish descent.  (There are derogatory remarks about his background, denoting the prejudice of that time.)  Blanche is definitely not shy speaking about Stanley’s faults! 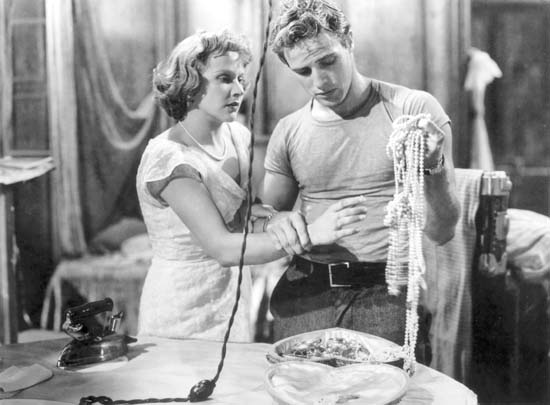 Stanley: That’s pearls, Stella, ropes of ’em. What is your sister – a deep sea diver?

We realize quickly that Stanley resents the presence of Blanche (with her fine clothes, jewels, perfume, and criticism).  Perhaps he sees her as a threat to his relationship with Stella?  Blanche is herself nervous and guarding secrets beneath her genteel Southern belle facade.  (I won’t give you too many details!)  Stella senses something is wrong.  Why has Blanche come to visit before the end of Spring term?  (She’s a high school English teacher.)  How did she lose their family estate?  But Stella mainly wants to keep the peace in her home, because who knows what will set off her husband?

Stella and Stanley’s relationship is based on lust; this repulses Blanche (she calls it brutal desire).

Stella: I wish you’d stop taking it for granted that I’m in something I want to get out of.

Stella seems happy about her life while Blanche is in a precarious situation: aging (over 30) and nearly penniless.  Then, tall and quiet Mitch (Malden) takes an interest in Blanche.  Could Blanche find some happiness with Mitch? 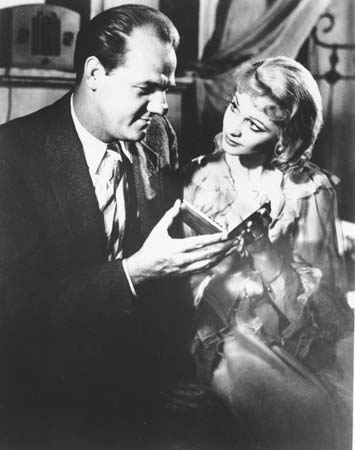 Brando, though not yet 30, is simply amazing in this film; you won’t be able to take your eyes off him!  Brando was considered “naturalistic” and “realistic”- an actor who broke the mold of leading man in the 1950s.  And because of his penetrating eyes, brooding face, and muscular physique, Stanley is both attractive and repugnant to us.  Stanley is a drunken brawler one minute, then a contrite and confused little boy the next.  There is “ambivalence” in Stanley and in Brando, as Kazan said, that makes us wonder at his motivations.  “Brando was a genius,” says Malden in a behind-the-scenes interview on the DVD.  Check out this movie classic ASAP! 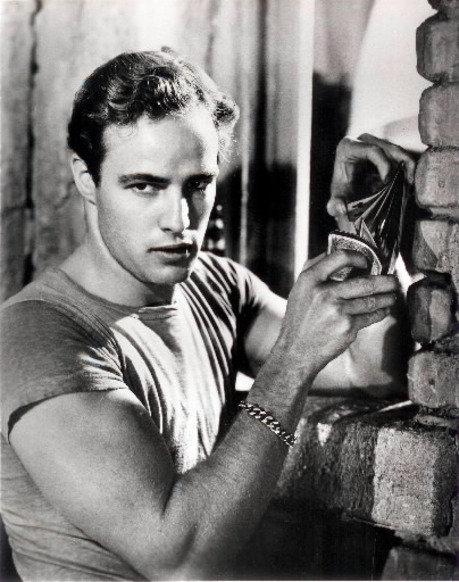 You showed me a snapshot of the place with them columns, and I pulled you down off them columns…

One thought on “Classic Movie Review: “A Streetcar Named Desire””