Today I saw a documentary film (along with few new friends of mine) at Busboys & Poets (5th & K sts branch).  This event was sponsored by Drishtipat DC, one branch of a non-profit organization that promotes Bangladeshi culture.  This docu (which will be part of a trilogy about Bangladesh) was very timely, informative, and thought-provoking.

“Portrait of Jihad”, the latest documentary by renowned filmmaker, Shahriar Kabir, depicts the advent of Islamic militancy in secular Bangladesh. In this expose, he interviews members of Harkatul Jihad and other militant groups and unmasks their involvement with state machinaries.

Now, some of you may feel fundamentalism is not very common in Bangladesh.  That’s a big problem in Pakistan, you have heard.   But come on, the mainstream media rarely discusses Bangladesh!  Shahriar Kabir interviewed several young Bangladeshi men (in their 20s and 30s) who have travelled to places like Bosnia and Libya to train or carry out acts of terror.  A few allowed their faces to be seen; others’ faces were hidden under sunglasses, veils, or shadows.

Over the past 10 years or so, I have heard many comments about Bangladesh becoming “more conservative” and “less friendly” from former students, relatives, and friends.  These folks hail from different backgrounds and visited different regions within the country.  One of my old college friends (who was born/raised in BD) commented that when she went to her ancestral village (in 2002), the ladies in her family “had to cover up more.”  Otherwise, they’d get “long/mean stares” from some locals.   Not everyone , she added, but some young men noticebaly disapproved.

After the film, the audience got to ask the director, Shahriar Kabir, questions related to the film.  Kabir, a  soft-spoken man in his 60s, has screened this film in several universities in the NY/NJ area, and will be traveling to Houston tomorrow.  Portrait of Jihad will be edited because some material needs to be cleared up and a few subtitles are not correct, Kabir said.

There are some people (expatriots) who don’t want to admit anything is wrong with their country of origin/birth/youth.  They see “the old country” as a faraway dream-world where nothing changes.  Since many left decades ago, their vision of their homeland is not very realistic.   People are simple, pure/honest, and in freeze-frame.  This is not true, of course.

When our van got a flat tire on the way from Chittagong to Cox’s Bazaar, we got out to see the  scenery of a little village while an uncle and his driver went to buy a spare tire.  We met a young man and little boy (who looked less than 12 y.o.) selling tea and snacks by the road.  An aunt asked the boy (she can speak the Chittagong dialect) why he wasn’t in school.  He matter-of-factly said that he’d gone to school until the 5th grade, but now there was none for him to attend (except the local madrassa school).  His parents didn’t want him to go to that school (probably because they knew he wouldn’t learn anything useful there).  Or perhaps they feared negative religious influences?

In madrassas (as some of you may know), the focus is on reciting and memorizing the Koran.  This is not necessarily a negative thing, and all madrassas are not connected to fundamentalism, extremism, or terrorism.   But the kids who attend these schools are not learning a skill or trade to get a job in the real world.  The people who run these schools fail to see the plain truth- not all kids can become scholars!  Even in the US, it’s very difficult to become a scholar (get a PhD, become a full professor, publish articles, etc.)  A very small percentage of the boys in madrassas will be able to get scholarships for further study (college).  But what will happen to the others?  What will be their future? 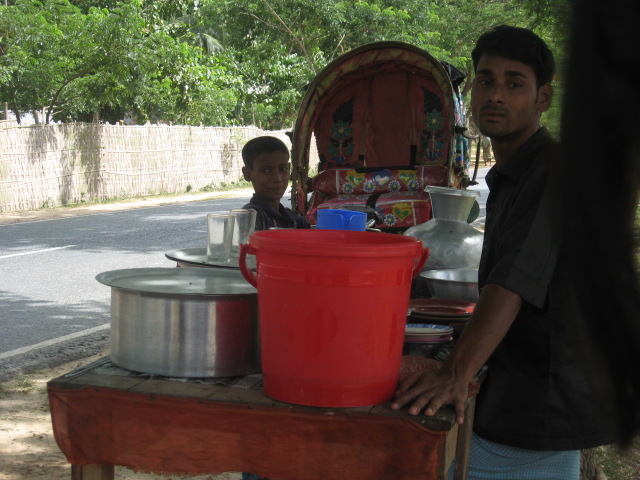 Shahriar Kabir is a Bangladeshi journalist, filmmaker and human rights activist. He is the author of more than 70 books focusing on human rights, communalism, fundamentalism, history, and the Bangladesh war of independence. He is the recipient of numerous awards for his contribution to Bengali literature. Shahriar Kabir has been imprisoned twice for protesting against government-sponsored minority persecution and was declared a prisoner of conscience by Amnesty International.