Aaron Eckhart and his family moved to England when he entered his teen years.  That is where he first got into acting.  Eckhart also served a 2 year mission in France and Switzerland (with the Mormon church).

Catherine Keener is Irish (father’s side) and Lebanese (mother’s side).

Daniel Day-Lewis was born to a titled poet (father) and an actress (mother).  As a child, he grew up partly in South London, and was sometimes bullied by the tough kids for being “posh” and Jewish (mother’s side).  As a result, he  mastered the local accent and mannerisms and credits that with being his first convincing performances.  In 1997, he moved to Florence, Italy and eventually apprenticed as a shoemaker.  Day-Lewis has his pic is on a stamp of Ireland- VERY cool!

Denis Leary was born to Irish Catholic immigrants; he holds both Irish and American citizenship.  Despite his tough-guy persona, he is still married to his college girlfriend (writer Ann Leary) and enjoys watching the Oprah show.

Edward Burns, like most of his characters, is a true son on New York.  The actor/writer/director was born in Woodside, Queens and raised on Long Island.  His mom worked for the fed gov’t and his dad was a cop/PR spokesman.

Jason Patric turned down the lead role in The Firm; he also turned down the role of Jesus in Mel Gibson’s The Passion of the Christ.  Isn’t the young pic (above) ADORABLE?

Kiefer Sutherland took a brief break from acting in the early ’90s to pursue a career in the rodeo. 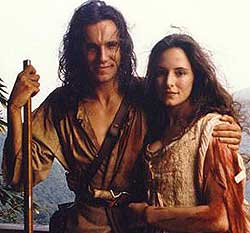 Madeleine Stowe,  an actress known for her delicate/exotic beauty, didn’t go on a date until age 18.  Her mother immigrated to the U.S. from Costa Rica.   Stowe began taking piano lessons at age 10 with the aim of becoming a concert pianist — and also as a way of not having to socialize with other kids.  (The 2nd pic is of Stowe w/ her co-star in The Last of the Mohicans, Daniel Day-Lewis.) 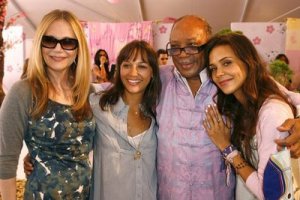 Quincy Jones (above w/ Peggy Lipton & his daughters) has never learned to drive, citing an accident in which he was a passenger (at age 14) as the reason.

William Petersen, who is of Danish and German descent, attended college on a football scholarship.  But an acting class changed his life, and he followed his professor to the Basque region of Spain.   There he studied to be a Shakespearean actor.  Petersen was offered the lead role of Henry Hill in Goodfellas, but turned it down.