How is your summer going?  Last week in DC was VERY humid (like Bangladesh, BUT not as extreme).  But I’m sure plenty of people were badly affected nonetheless!  I joined the pricy, but nice/clean Washington Sports Club (WSC) in downtown Silver Spring and plan to go to the group exercises classes Mon-Thurs.  Since I had a coupon, I bought some (comfy) gym clothes from Land’s End.

From eBay, I bought this (super cute) yoga bag and mat set.  These are made by Gaiam.

On Thursday, a storm came in around 4 p.m. out all of a sudden.  The sky became unusually dark and threatening before the lightening, thunder, and heavy rainfall (for a short time).  There were electricity, Metro, traffic, and tree-falling problems.  But this time, power outages occurred mostly in Alexandria (NoVa), not so much in MoCo (where Dad and I live).

Dad is happy to have a new 40″ Samsung HD TV for the (upstairs) living room.  He bought a 32″ TV before, but thought that was a BIT too small.  Next up for the house- a backyard deck.

Days of Obligation: An Argument with My Mexican Father by Richard Rodriguez

Bored w/ modern TV shows?  Check out this old-fashioned, British action-adventure series (which includes 8 full-length movies on 8 DVDs) starring a very young Ioan Gruffudd and Jamie Bamber.  Midshipman Horatio Hornblower is a 17 y.o. boy when he first joins the Royal Navy in 1795.  The Brits are at war w/ France, so there are plenty of battles at sea, hand-to-hand sword combat, and even some mystery and romance.  Aside from that, you see the development of a bright, honorable, well-intentioned youngster as he grows from a boy to a man (and leader). 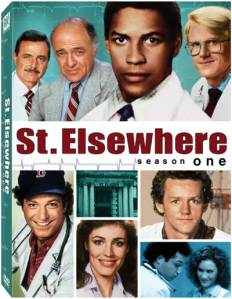 See the medical drama that came before ALL the rest!  Though the pace is slower than ER, the issues faced by the docs, nurses, patients, and their loved ones are often very touching and realistic.  The ensemble cast includes energetic up-and-comers Denzel Washington (confident; bold), Howie Mandel (funny, yet sensitive), and David Morse (an obvious inspiration for ER’s caring family man- Dr. Mark Greene).  I know what you’re thinking- Howie Madel as a doctor!?  Trust me, it’s a GREAT role!  The wonderfully natural, empathetic veteran actors bring gravitas to the show.  Look for guest stars before they were famous.  Another cool note: Tom Fontana worked on this show before Homicide.  (The first season is on DVD and on Hulu.)

One thought on “Update on me… and more!”