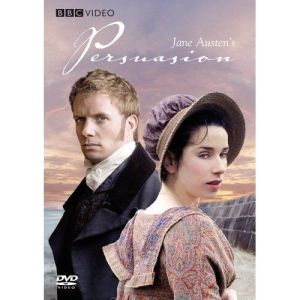 In this  newest adaptation, a sense of urgency is infused into Austen’s last novel- a story of lost love found.   Anne Elliot (Sally Hawkins) becomes a woman of action (note all the running toward the end).  Also, the ending is changed in a (rather BIG) way- Capt. Wentworth doesn’t leave a letter tucked under some other paper for Anne to discover, as in the ’95 film version.

Okay, I wasn’t TOO impressed w/ this film when I first saw it on PBS.  But when I saw it last week, I was VERY impressed by Penry-Jones’ subtle acting.  And talk about dashing… WOW! 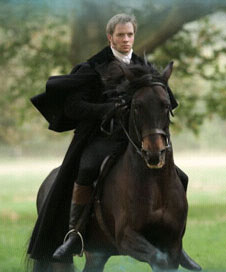 Anne, with an elegance of mind and sweetness of character, which must have placed her high with any people of real understanding, was nobody with either father or sister; her word had no weight, her convenience was always to give way — she was only Anne. 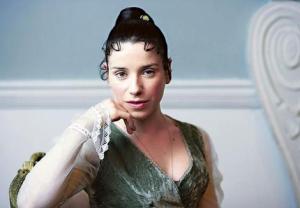 Though Hawkins is NOT how I pictured Anne, she does a fine job in portraying a sensible, warm-hearted, and low-key woman.  Anne is described as a bit of a faded beauty in the book.  (To use modern terms, she’s not the type that gets noticed in the club.) 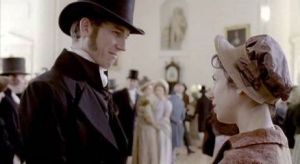 Casting created some problems here.  Elizabeth is too old, Mary is too irritating and unpoised, and Mr. Elliot (Tobias Menzies from Rome) has zero chemistry w/ Anne.  The other actors suit their roles well, esp. Anthony Head (Buffy the Vampire Slayer) as Sir Walter and Alice Kriege (the Borg queen in Star Trek: TNG) as Lady Russell. 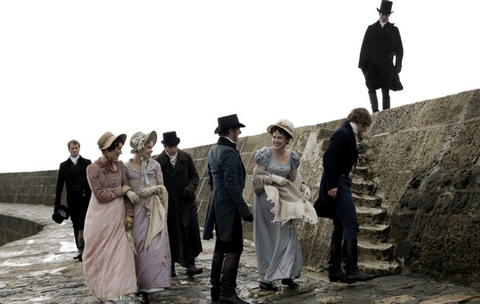 My favorite scene is when Wentworth ducks into the shop (to wait out the rain) and almost runs into Anne.  While discussing the sudden engagement of Louisa and Benwick, Wentworth reveals HIS true feelings.  It’s movie magic! 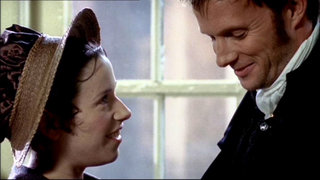 Persuasion is in some regards a fairy tale.  Anne has to leave her home for a place she hates.  Her father spends too much money and her sisters ignore or take advantage of her kindness.  Wentworth reenters Anne’s life when she’s given up hope of marrying.  He isn’t taken w/ the charms of the Musgrove girls.  The heroine gets her prince, finally!