He [Danny Glover] traces Ambrose’s rapidly deteriorating physical with ease. But psychologically, the script (by Luna and Augusto Mendoza) just doesn’t provide a lot of depth to work with — for him or for Rudolph, also a welcome presence in a rare non-comedic role. –Excerpt from Variety review

Luna doesn’t ease up on the sadness one iota, and it will undoubtedly be tough for some to sit through.  However, they eventually hit just the right groove, and Mr. Pig becomes an odd story of family reconciliation, one that isn’t afraid to wallow in the emotional mud. -Travis Hopson (The Examiner) 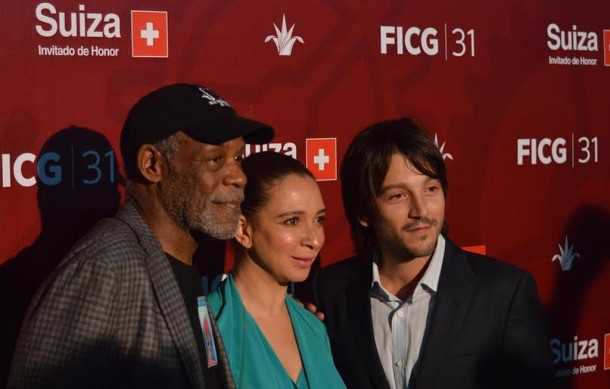 It turns out that Mexican actor (and noted international heartthrob) Diego Luna is ALSO a director/writer!  He’s in the next Star Wars movie, BUT that doesn’t mean that he wanted to rest on his laurels.  Mr. Pig (Luna’s third directorial attempt) starts out slow, w/ an old farmer, Ambrose (Danny Glover), and his beloved hog heading from his (soon to be repossessed) farm in Southern California to Mexico.  As a young man, Ambrose fell in love w/ Mexico’s natural beauty and its people. 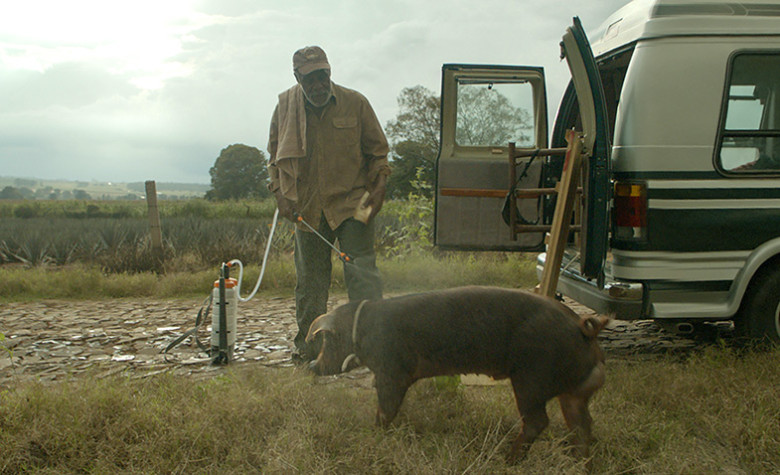 In time, we see that Ambrose is dependent on alcohol and (possibly) ill. When his concerned daughter, Eunice (Maya Rudolph) calls, he doesn’t reveal anything about his money issues or deteriorating health. He goes to the large/industrial farm of his old friend’s son; the two men talk and joke about the old days for a night. But upon seeing the conditions in which the pigs are kept the next morning, he refuses to sell his hog!

My friend and I BOTH liked this film, BUT it’s for those who need speed and want ALL the problems wrapped up in a nice bow.  I particularly liked the cinematography (by Damian Garcia).  The music was low-key, so it didn’t mess w/ that was happening onscreen.  Ambrose and Eunice have a troubled relationship, BUT she ends up going part of the way w/ him to Guadalajara (where old friends have pooled money to buy the hog).